Here are a few photographs of progress on my samurai project. I have started painting the second clan, for which I am using a combination of browns and reds for their uniform. The clans I am painting are imaginary ones and are being painted either with blues and greys or with red and browns. They have been named (using Google Translate):

All figures in the picture are from the Minifigs samurai ranges. The front rows of ashiguru pikemen and bowman are from the S range, which were purchased secondhand about 12 plus months ago.The samurai in the second are I believe a later range which are a lot more chunkier. I purchased the samurai back in the late 1970’s.

I'm just doing the block painting of these figures and keeping detail to a minimum as I am going for a glossy toy soldier look, and the simple style of figure seems to suit this approach. 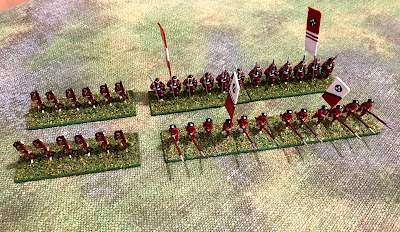 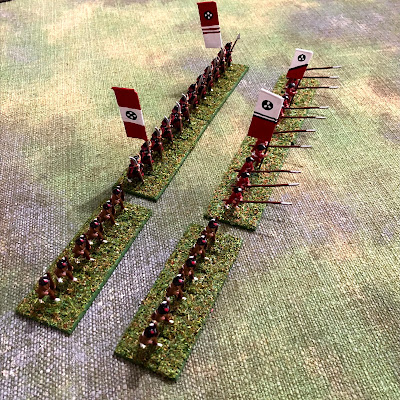 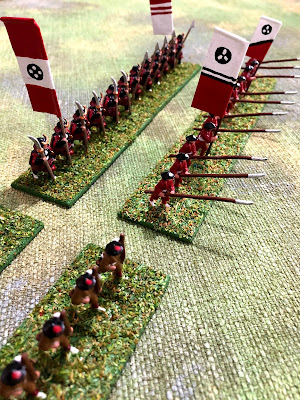