Preparing for the last ECW campaign game and a book arrives

My English Civil War campaign is coming to a conclusion. The first year 1642 began with both sides trying to gain control of regions which continued until all regions had been battled over. This initial phase of the campaign and its games were so I could finalise a variation of One Hour Wargame ECW rules.

The following years had marching armies trying to wrestle control of neighbouring regions. The fortunes of these armies were influenced by campaign chance cards drawn with each battle. The months of these years progressed with a D3 dice roll, so the number of battles varied. Throughout the years 1643-1645 control of the regions has remained pretty steady with Royalist forces controlling the most and Parliament holding tightly to the South-East of England and their London base.

In a last ditch effort to break the stalemate Parliamentarian forces have marched on Oxford and the West Midland region. Technically, from a campaign point of view Parliament cannot win as the Royalists hold 8 regions to Parliaments 5 regions. However, victory here will make it a marginal 7-6 victory at best for the Royalists.

This begs the question - what would have happened with with a Royalist victory? A quick google search found this site with some possible outcomes: "What if Charles I had won the Civil War?".

As usual terrain cards were used to determine the tabletop layout and campaign cards drawn for influences on the coming battle. The luck of the campaign cards favours Parliament with additional artillery being available along with an extra unit from raining taxes earlier in the year. While Royalist forces are not being paid and will lose a unit due to desertion.


Parliament
So all is prepared for a game once I have finished and cleared the tabletop 19th Century game currently on the tabletop.

And finally, a secondhand copy of "Napoleonic Wargaming for Fun" by Paddy Griffith arrived in the post. While I have to ebook the diagrams are not effective in this medium and I could not resist grabbing a copy. 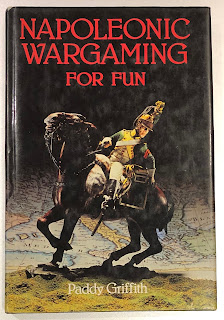 During the week I was playing around with some card activation rules for some simple grid-based Sci-Fi rules. Instead of using a normal playing cards I used UNO game cards which we still have in the games cupboard from when the kids were young. The deck has cards numbered 0 to 9 in four colours (Blue, Green, Red, and Yellow) along with a number of special cards: draw two, skip, reverse, and wild cards.

I discarded the wild cards for the moment and stuck with all the other cards. At the start of a turn each player is dealt the same number of cards as they have units. Then players get to play their cards in decreasing order 9 through to 0. Should both have the same number, then they are ordered by colour Blue-Green-Red-Yellow. When playing players can also play special cards if they have been dealt them.


I will most likely incorporate the wild cards so a unit can interrupt an opponent's activation and shoot or charge the unit being activated. I am still playing around with other aspects of the rules so more of this card activation in later posts.

This weekend I finally finished painting some wagons I started a couple of weeks ago to add to my Imagination 19th Century forces. Many of my old plastic Spencer Smith models have succumb to brittle plastic, but not having any spares I decided to make use of them by sticking them to card and adding spokes where necessary.

The wagons them selves are made from some spare dowel which was shaped. Then adding the wheels. Spare figures from the "brittle" pile and missing feet were added as drivers.

Finally, the usual simple rough and ready painting approach was used before being sealed with a glossy finish.
It will be very tempting to get them on the tabletop later in the week. However, right now the tabletop is currently setup for a few WW2 North Africa games. 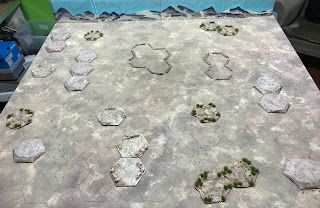 This WW2 wargame game begins as dawn breaks on the North French coast. Troops are landing and airborne units being dropped behind enemy lines to capture a vital bridge. Will the Allied forces be able to create a beachhead or will they get stuck on the beach in this game?

Wave 1 started well for the Allies with 6 of the possible 8 units making it to shore successfully. The remaining 2 units had to circle around and attempt to come ashore again. The Allied units soon made some headway and began to widen the gaps in the minefields.

Further inland, Airborne units successfully arrived at the drop zone without loss. They quickly organised themselves and set about moving towards their objective, seizing the bridge.

The beach was getting congested with wave two arriving and progress off the beach was slowing. Importantly the gun emplacement was put out of action, any further loss of landing craft from its guns would have caused critical delays in troops arriving. German artillery was starting to be a problem for Allied units as they tried to organise themselves to breakout from the beach.

Airborne units quickly regroup and moved to assault the bridge. The one nearby German unit had started to move towards the beach and was ordered to backtrack to the bridge after airborne units were spotted.

Due to the beach congestion Allied forces struggled to get many wave 3 units to the beach. German forces were successfully containing them on the beach. Inland the news was better, airborne troops were close to their objective of securing the bridge.

German reserves started to arrive and moved quickly down the road to engage Allied airborne units. Fortunately, Allied air support arrived and took some of the sting out of Germans before they began the counterattack.

Finally, on the left flank Allied units are able to move off the beach and begin their attack on the hill. An important breakthrough if they want to reach the bridge in time. On the right flank units were still stuck on beach and supporting units still afloat and struggling to land.

From the congested beach Allied units were able to breakout and successfully attack the hill on their left flank. However, any advance gained was now being hampered by the arrival of German air support.

Airborne units captured the bridge, but were under extreme pressure from the counterattacking German tanks and armoured infantry.

Allied units are delayed advancing down the left flank by a lone artillery unit with support from mortars in the village. The last of the airborne troops was hanging on grimly at the bridge. The lone artillery unit was finally eliminated and all available forces raced towards the bridge. The last airborne unit had just managed to hang on with the help of air support.

The Germans broke off the counterattack when Allied tank units arrived at the bridge.

Notes on the game...

It was most enjoyable to spend a full day wargaming. Playing the game on the floor worked out fine and I had so much fun, particularly as I avoided standing on any of the models. I did need to take breaks as squatting down to move units became tiring as the day progressed. I am not nearly as flexible or youthful as the last time I played a game on the floor in the early 1970's.

It has taken a surprising amount of time to complete the setup of the gaming area and troops. In anticipation of writing a battle report with supporting photographs I decided to draw up a map of the gaming area. The drawing is time consuming, but is very useful for me in explaining the action (without too many words) when I post them. So here is the map with reserve forces, drop zones and other information.
Units will be arriving in the following order:


I will be using the same rules as I used for my last WW2 campaign (explained here). They are based upon One Hour Wargaming WW2 rules, but use card activation and allow for armoured infantry amongst other unit types. One change to these rules relates to unactivated units when shot at. They have the choice of sacrificing their activation in order to take evasive action, which means getting the shooting unit to roll 2D6 and selecting the lower score.

Additional rules specific for this game:


In finalising the playing area you will notice I have added a few woods.

The Allied plan is this:


I have set aside all of today, Saturday, to finish this game and supplies are an important factor... 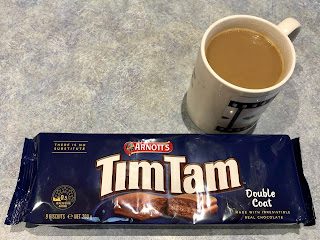 Having scratch built some landing craft a couple of weeks ago (see here) it was time to use them in a wargame. Drawing inspiration from the chapter "A Landing in Force (Coast of France 1944)" in War Game Campaigns and the chapter "Disaster at D-Day - and other big games" in Operation Warboard.  I soon realised the playing area required is bigger than my 6x4 foot tabletop. Fortunately, this weekend (with the wife away) presented an opportunity to takeover the floor to setup a game.

The attacking forces will land in three waves and have air support. In addition there is a force of paratroopers to capture and hold the bridge.

The defending German forces are split into two with those defending the coast and reinforcements which arrive later in the game.

A few photos of the playing area and deployed defenders.

The battle of Bishop's Waltham, September 1646, has a small Royalist force facing a larger Parliamentarian force. With limited options the Royalists have taken up a defensive position in the buildings and nearby fields.

The Parliamentarian commander opened the battle by pushing forward part of his centre foot units to engage the Royalist units defending the buildings, and on the left flank commanded shot and dragoons circled around to flank the defenders.

Note - Recently I added a couple of powder carts to my forces. In this game I introduced them and a rule which allows foot units to be resupplied when out of ammunition. The powder cart has to move into contact with the unit and roll a 3 on a D3 to successfully resupply. If a 2 was rolled nothing happens and a 1 means the removal of the cart and no further resupplying can occur.

The combination of artillery fire, advancing foot and flanking dragoons soon had the Royalists defending the buildings under pressure. Forcing their commander to reposition forces to bolster the defences. The Parliamentarian commander pushed forward his right flank to threaten and hopefully pin as many units as possible without launching an attack.

The situation was looking grim for the Royalists. With the buildings looking set to fall and in a desperate attempt to stave off defeat, a unit of cavalry charged the attacking foot units. This gave a brief reprieve, but Parliament's attack continued and the Royalist army resolve failed soon after.

A major victory to Parliament in the latter part of 1646.