The campaign on Caracalla was drawing to a close with the Sons of the Sword (Space Marines) closing in on the Orc stronghold. 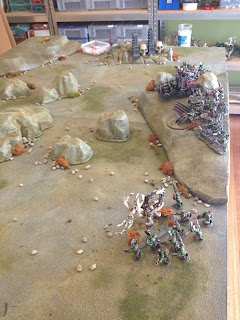 The assault begins with an exchange of fire with first blood going to the Orcs. 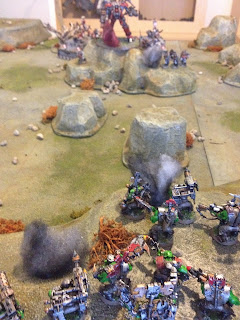 Space Marine reserves start to arrive and begin to take a toll on the Orcs. 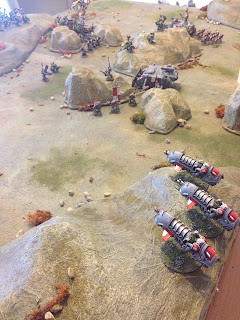 The arrival of air support and a terminator unit provided a timely counter attack. 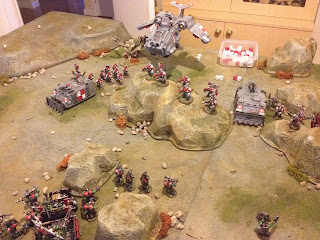 The Orcs threw their reserves into a flank attack. 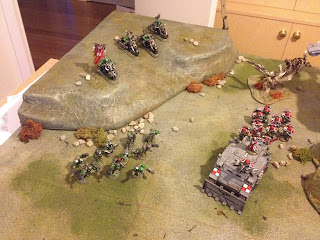 While the battle appeared to be in the balance, the fire power of the Marines was the decisive factors and won the day for them. 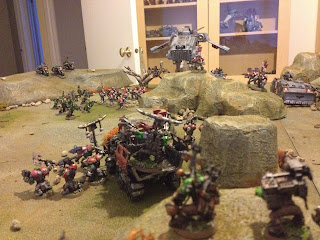 With this battle and the taking of the Orc stronghold was the end of the campaign.