The fifth battle of the Caracalla campaign was a small scale battle with five units. It would have been four units, had not each side successfully rolled for a reserve units. In the case of the space marines this meant a Planetary Defence Force unit. The battle had both sides charging into the centre where most of the objectives randomly ended up. The Space Marines fire power was telling in the first few moves and combined with the timely arrival of the Assault Marines, they ended up with a comfortable win. Here are some pictures of the game. 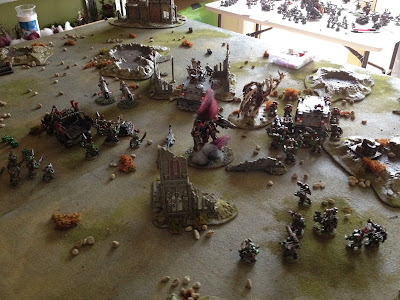 The Dread Knight is destroyed, but not before attracting a lot for fire and reducing Orc numbers. 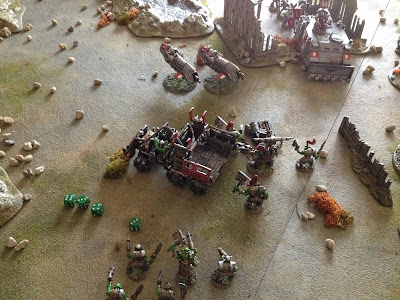 The remaining Space Marine forces were able to lay down some punishing fire as the Orcs focused on the Dread Knight. 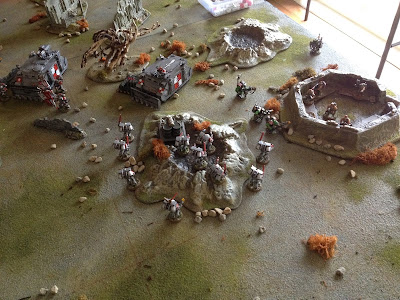 The arrival of the Assault Marines put pay to possible Orc comeback and the Sons of the Sword had their victory. Now they could move on the Orc base in the mountains.
Posted by Peter at 22:30