It has been awhile since I last played a game in my English Civil War campaign. This is due to a number of other distractions, the Jacobite paper armies being one such distraction. So far 20 games have been played and the Royalist cause has been able to control the most regions as the 1644 campaign year draws to a close. With the years 1645 and 1646 still to play, I expect another eight battles at a minimum will be played.

One of the objectives of the campaign was to test the One-Hour War-game rules variation using D3 dice. These rules have worked out well and are now settled with no recent tinkering by me for quite a few games. However, they do use free movement and I now plan to convert them to use a 6 inch square gridded tabletop. Why make them gridded? I think the structure provided by the grid will help reflect some of the difficulties of manoeuvring troops during this period, and wth a blog titled "Grid Based Wargaming" it behoves me to at least make an attempt to use a grid when generating house rules. Finally, It will also help motivate me to complete the remaining games in the campaign.

On to the campaign...

Having seen off an attempt by Royalists to control the West Midlands. Parliament has turned its attentions to the East Midlands, and an army begins marching during September 1644.


The carry over campaign cards begin with favouring Parliament. For the remainder of 1644 Parliament is allowed to field an additional infantry unit funded through Excise Taxes, while the unfortunate Royalists forces have been distracted by Clubmen uprisings in their controlled regions and have to reduce their army by a unit. The cards drawn in September have helped address this: Royalists can resupply a unit which is out of ammunition during the game, and there is sickness in the ranks of Parliament's army and they lose a unit.

The battle will take place at Barton Hall near Kettering. The terrain cards show a flat terrain marked by fields and some boggy ground which effects the ability of cavalry. 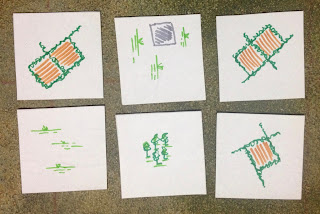 The order of battle is diced for and units removed due to the campaign cards.


Parliament Forces:
The smaller Royalist force deploys half its units first on a long tabletop side of its choice. Parliament deploys all units on the opposing side, and then the remaining Royalist units are deployed.

All is now ready for a game this weekend.
Posted by Peter at 11:10