Playing around with weather and a book arrives

This week I have been spending my free time cutting out Norman paper soldiers and playing a few Imagi-Nations 19th Century games with a bit of weather thrown in. The effects of fog to be precise. The game is a pitched battle (One-Hour War-games scenario 2) but with both forces advancing on a foggy morning. The fog limits both movement and shooting to a range of 6" on the first move, and visibility is increased by 6" with each turn as the fog lifts.

Some photos of the game as troops move forward and encounter each other in the fog. 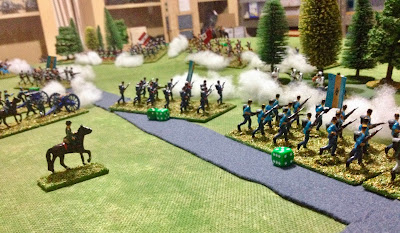 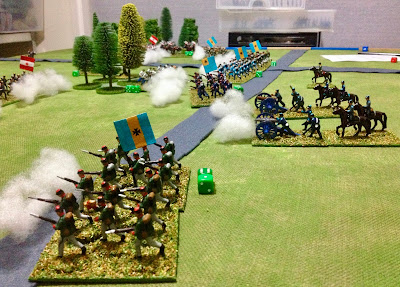 Then in the post today arrived Airfix American Civil War Waraming. I have so far just looked through all the pictures of the black and white photos of games with Airfix ACW figures and various conversions. What I really like about these game photos is they look like a games you can emulate. Unlike the wargaming photos in current magazines which are far too perfect and amazing detained to emulate. 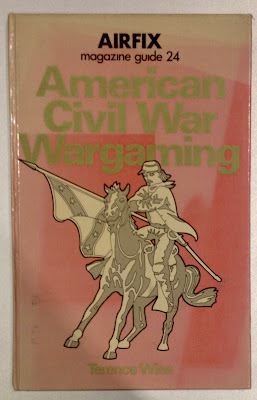 I have some painted MiniFig 15mm ACW armies which have not seen the light of day for quite a while, and hopefully will get a run on the tabletop soon.
Posted by Peter at 23:26