I am now about two-thirds of the way through painting a collection of plastic Spencer Smith Napoleonic figures. From the remaining figures and a few ACW figure conversions (for artillery) I should be able to create 8 infantry units, 4 cavalry units and 6 artillery units. Then all should be just about done bar a few commanders and flag bearers.

Anyway I thought I would drag them all out for a few pictures and to help my motivation to complete the remaining units in the next two months.

The figures are painted in a simple (toy soldier) style representing Austrian/Russian and French armies from the Third Coalition 1805-1807. 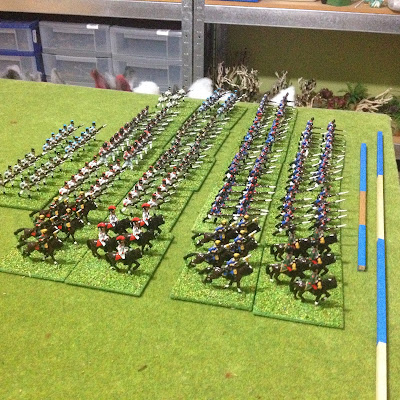 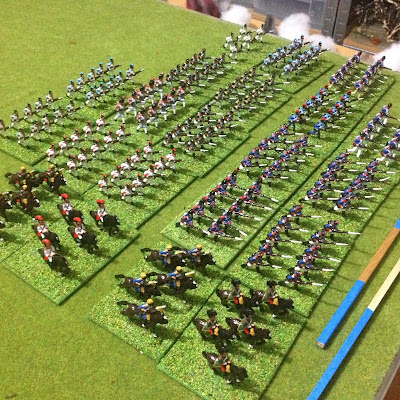 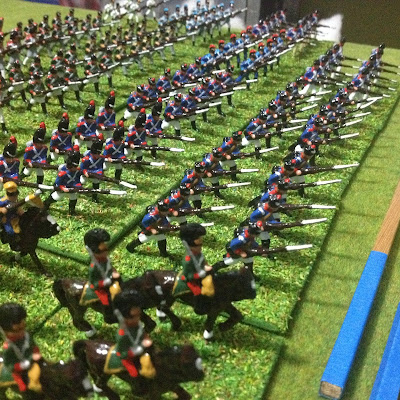 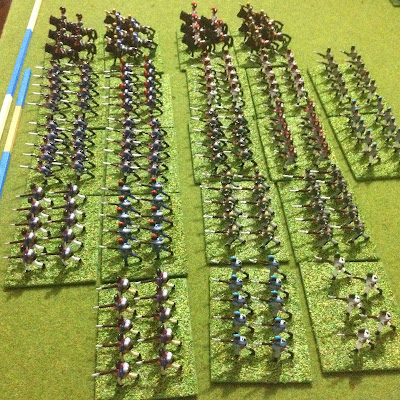 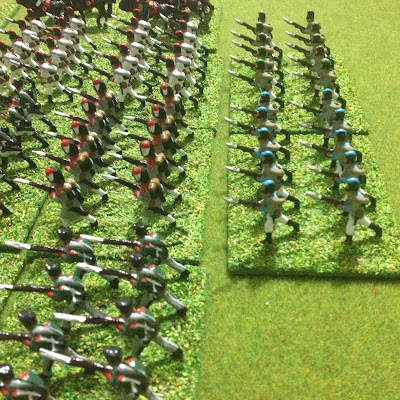