Over the last few days I have been able to play three more WW2 campaign games. The first one described here had Commonwealth forces (in Red) launching a limit attack on German forces (in blue). The attack plan was to have the first wave move up through the woods with armoured units and contest the buildings, while the rest of the first wave would move on to the village. The bulk of Red reserves would be used to seize the village.

The starting positions of the forces with both sides having half their forces in reserve. Normally the game is played in a 4' by 4' table gridded into 6" squares. However, my table marker for the edge of the table got knocked so I ended up playing on a 4' and 6" wide table.

Blue forces had laid minefields covered by a pillbox located next to the village. 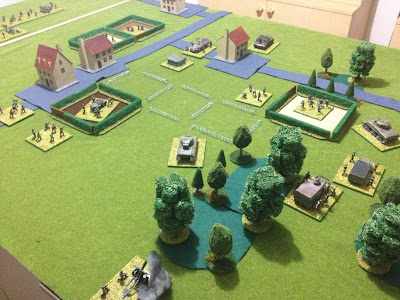 While Red's left flank continue to press forward their casualties were starting to rise. 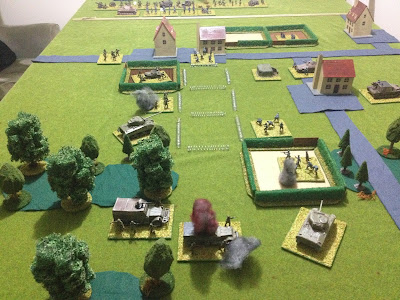 Blue's reserves arrive just as it appears the Red flanking force was about to breakthrough. 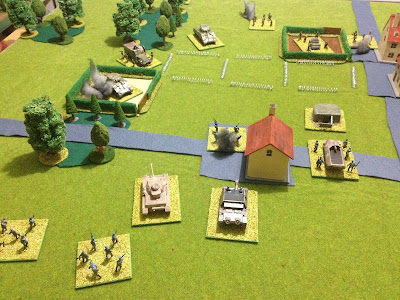 Blue reserves bolster the defence and attempt to stem Red's armoured advance with a counter attack. 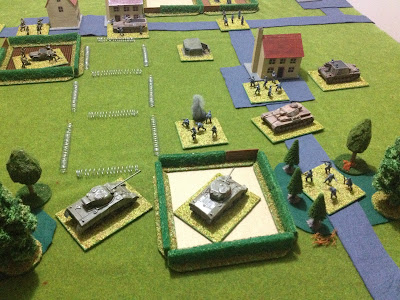 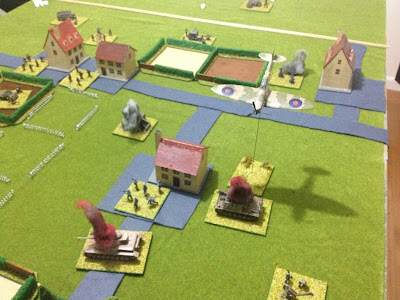 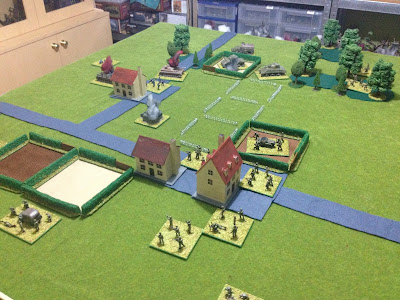 The game was in the balance until the final three moves when an effective airstrike and artillery bombardment by Red eliminated the treat of a counter attack by Blue.

The other two games I have played were also limited attacks on either side, and both failed to reach their objectives.
Posted by Peter at 22:51