Having just recently cleared the tabletop in readiness for setting up the next WW1 Palestine campaign game, there was an opportunity to get all the medieval units onto the table for a parade.

Pretty much all the miniatures, bar a few exceptions, are by MiniFigs. Half were purchased some 40 years ago and the remainder second-hand figures which were stripped and painted added over the last couple of years. 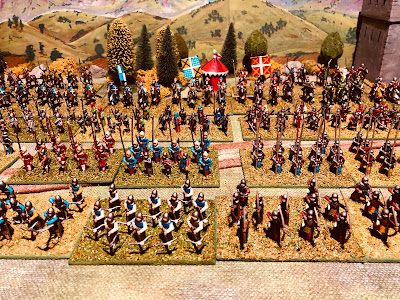 All the figures are block painted and their dress, livery and colour choices are all generic, picked at the time of painting. 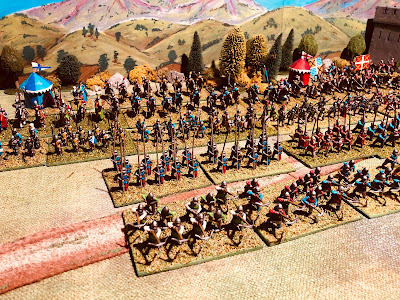 A couple of tents were added to represent camps or objectives. 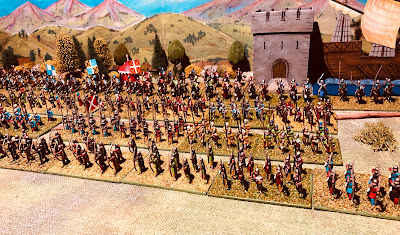 The castle keep and ship were used in a campaign a few years back in 2017 which was based upon a chapter in "War Game Campaigns" by Donald Featherstone (see here).