Recently Kaptain Kobold tried playing a game using my grid-based SciFi house rules (which are inspired by the One Hour Wargame ruleset). A link to the Kaptain's - The Stronghold Rebuilt - blog is here. The use of one's own rules by someone else is both very pleasing and also daunting as to how they may interpret them. Especially as they are one page rules which limits explanations and examples are pretty much out of the question. If you are interested in how a couple of armies based in the Warhammer 40K universe line up -  here are my campaign army lists with details of the units and their attributes. 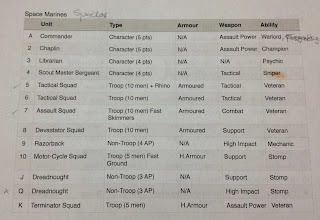 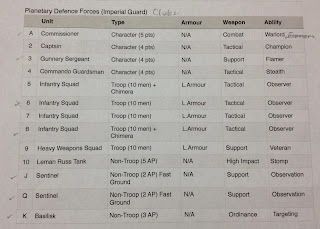 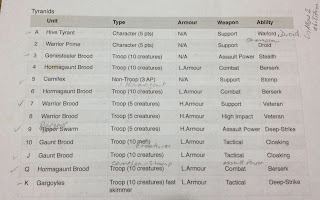 The droid ability for the Hive Tyrant and Prime (read Hive Tyrant number 2) both had Tyrant Guards. Generally I only allow one ability per unit or character, but I decided to allow the Tyranid commanders to have two as they had fewer character models.
Posted by Peter at 21:07